Automation and context of use

The Heyns report on Lethal Autonomous Robotics makes a distinction between autonomous and automatic.

“Autonomous” needs to be distinguished from “automatic” or “automated.” Automatic systems, such as household appliances, operate within a structured and predictable environment. Autonomous systems can function in an open environment, under unstructured and dynamic circumstances. As  such their actions (like those of humans) may ultimately be unpredictable, especially in situations as chaotic as  armed conflict, and even more so when they interact with other autonomous systems.

Good point to make. The concept of 'predictability' for autonomous systems has problems when the environment introduces complexity - even for a simple device.


Here is a simple example of simple automation that did not capture the context of use. 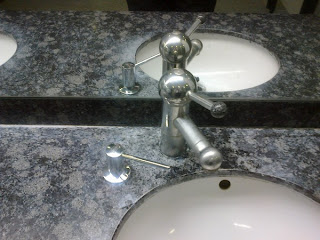 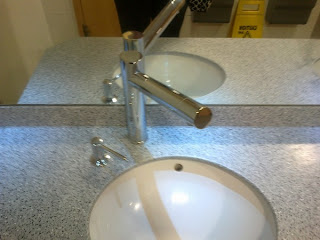 See the problem? You reach across for the soap and soak your sleeve.

So - Human Centred Design is necessary even for the simplest of automatic systems. Context is just about everything.