Thinking outside the box? Hmmm ... not just yet 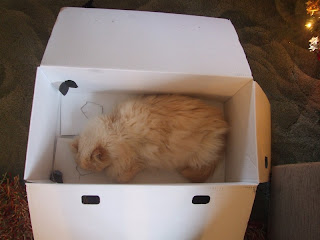 Quotes of the year; smart buildings, drones, and Europe

The quotes of the year all came in a bunch just recently. They cover intelligent buildings, automation, and Europe.

The best quote of the year comes from an event I missed due to family commitments (the CIBSE/IBG Intelligent Cities Seminar at the Science Museum), in the opening address by Professor Derek Clements-Croome:
"The building, its services systems and work all contribute to the well-being of people within an organisation. Workplaces need to be shaped for the individual as well as for the corporate culture. Likewise cities affect individuals and communities. Health, well-being and comfort are all important. Intelligent buildings that make up cities have a vital role to play in helping to achieve this by providing environmental systems that support the productive, creative, intellectual and spiritual capacities of people. Yesterday's environments supported mechanisation and extended our capacity to produce goods and products; emergent environments should extend the human capacity to create ideas, visions and inventions. Intelligent buildings have generally been defined in terms of their technologies, rather than in terms of the goals of the organisations which occupy them. When the user is subservient to the technologies, this usually leads to situations where the technology is inappropriate for the user's needs, which can adversely affect productivity and costs. Besides the building can become too complicated to operate. Intelligent buildings and cities are more than just the technologies they use".

Engineering and hubris do not sit well together. The most irksome example of this has just arrived in IEEE Spectrum. An article by Philip E. Ross advocates unmanned airliners on the basis of the success of military drones. This, just as the Iranians capture a US drone to add to their collection, the  toll of crashing drones continues to rise, and the debate over their civilian casualties refuses to go away. The offending quote is ""Although military robots have proved their flying chops, commercial versions must clear a higher bar". The late great "H" managed to have official MoD documents changed to read "so-called unmanned systems", which is the reality.

The most telling quote appeared recently courtesy of PhraseExpress, which picks quotes from my collection at random to put in the email signature. It was:
“Still, if you will not fight for the right when you can easily win without bloodshed, if you will not fight when your victory will be sure and not so costly, you may come to the moment when you will have to fight with all the odds against you and only a precarious chance for survival. There may be a worse case. You may have to fight when there is no chance of victory, because it is better to perish than to live as slaves.” – Winston Churchill
Posted by BrianSJ at 08:46 1 comment:

The Ayrshire coast is known for its palm trees. However, banana plants are hard to find, so even committed supporters of local produce have to eat imported bananas. Some parts of the resilience movement seem to have a real down on global trade, and I am not sure why. This antipathy seems to go without question as an unstated assumption, and I haven't found a coherent analysis. Having had the pleasure of working in the shipping community for some years I am aware of a) just how little it costs to move bananas from the Caribbean to Scotland  and b) just how old world trade is. Growing bananas in the warm and transporting them by reefer seems a 'good thing' to me. Why does the resilience movement think it a 'bad thing'? Is it:
There may be some moral merit in 3, depending on your morality, but it would be difficult in practice to be absolutist about it. I cannot see any merit in the other possibilities.
So - what are the criteria for buying local vs. global? Presumably they go beyond short-term economics, but what are they?
(For the literal minded, the McBanana story above is an illustration of a general problem}.

Adam Smith (who was an influence on Ricardo) had this to say on localism / protectionism:
“By means of glasses, hotbeds, and hotwalls, very good grapes can be raised in Scotland, and very good wine too can be made of them at about thirty times the expense for which at least equally good can be brought from foreign countries ... As long as the one country has those advantages, and the other wants them, it will always be more advantageous for the latter, rather to buy of the former than to make.” Adam Smith (1776)
Posted by BrianSJ at 14:06 No comments: