Still room for improvement, on my experience.

Google maps had all the streets in our area wrong. In September 2009 I went through a laborious process to advise Tele-Atlas of this. The other day (just 620 days later), I received an acknowledgement that they had acted on it. Click to enlarge.

A less than inspired piece of customer experience, I think you'll agree.

The Reference ID states they have acted on it.

However, a look at Google maps with a 2011 tele-atlas copyright shows no change.

(Openstreetmap doesn't have any of the streets as yet - perhaps I should have spent my time helping that). This looks like a suitable application for 'gamification'.

The simplicity of the basic 3 x 3 risk matrix gives it considerable appeal to operators at the sharp end, managers and regulators. Indeed, considerable effort goes into Tayloristic management and tailored regulation to produce simple work situations that can legitimately use such as basic approach to assess and act on risks. People away from the sharp end need a richer language - better social objects - to characterize risks, and to define strategies for dealing with them. This post notes some alternatives to the matrix. First, though, the matrix for those that are unfamiliar with it.

Astonishingly, the US Dept. of Homeland Security thinks that Human System Integration risks for maritime security can be characterized by the matrix. (Malone et al., 'Human Performance in Maritime Security', HPAS 2010)

Flynn et al set out three types of risk. The matrix relates to their Type 1 risk: "While there will be a margin of uncertainty attached to an assessed risk, that margin is statistical and reflects the sample size and the variance in the two key variables. The assessment itself is grounded in evidence already available and furnishes a "rational expectation" that applies so long as the conditions on which our current knowledge rests remain unaltered."

For Flynn, "Type 2 is associated with taking decisions, when the consequences lie in the future and may turn out to be different than expected. Here the uncertainty is not merely statistical and current knowledge is not sufficient to be a guide: we are on the verge of the unknown. For instance, there is a dilemma for business that current market demand may alter should fashion change or should failure of supply raise price. In this context, organisations employ risk management, in order to have contingency plans."
The obvious framework to "help people make sense of the world so that they may act in it" (Dave Snowden) is the Cynefin framework. 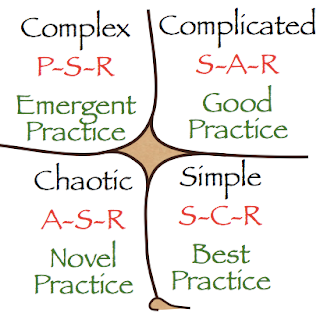 The German Advisory Council on Global Change published a report (pdf) with what might be considered risk archetypes. These are discussed by Ortwinn Renn and colleagues in an article here, addressing complexity, uncertainty, ambiguity and ripple effects. These archetypes from Greek mythology provide rich social objects to discuss risk. Well worth reading (and using). Click on the graphic to see it properly.

Flynn's Type 3 risk "is about neither rational expectations nor contingency plans to deal with the unexpected, but about what people perceive to be assured threats. Many governments today are claiming that "global terrorism" is an assured threat. Regardless of the probability of a hazardous act of terrorism and whether we have contingency plans for dealing with the unexpected, terrorism will, they claim, inevitably occur at some time and in some place that could be unknown. The obverse of "assured threat" is the Panglossian view that that "all is for the best in the best of possible worlds""

Charles Perrow has proposed that we (as society) set limits on consequence size, regardless of probability in 'The Next Catastrophe'. Lee Clarke, in 'Worst Cases' has proposed that society take extremely unlikely worst cases seriously.

How do we deal with people who have taken the blue pill and insist on using the matrix? Difficult. There is an unfortunate precedent in the rise and fall of management accounting described by Johnson & Kaplan in 'Relevance Lost' . However, for those of us who have taken the red pill, there are some well-supported approaches that help us cope with complexity.

Two packaging fails, or is it two user errors by me? 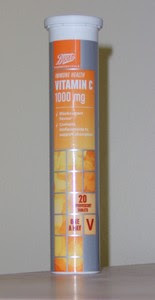 First, some vitamin C tablets from Boots. Orange and white packaging. I assumed they were orange flavour.

Silly me. Obvious really, they were blackcurrant.

Two tins of paint next to each other on the shelf at B&Q. The right colour. I picked them up. 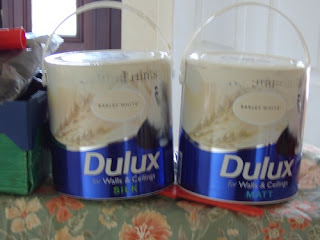 Painting started with two people, each with a tin, at opposite ends of the room. Paint didn't quite look right in the middle. Aha! One silk, one matt (see - at the bottom of the tin. Obvious really). Is this user error? Could B&Q have put the silk on the shelf above the matt?

Could Dulux have put all the information I needed on the label? Or is it me? 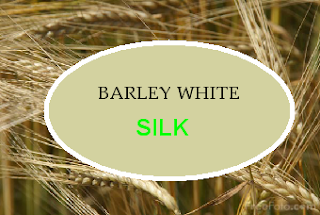